The concept of Haute couture is defined by a personal relationship between the client and the garment with the atelier being this very important in-betweener that establishes the experience. During the ‘ceremonial’ fitting sessions the woman’s personality is being fused over the dress via care and craftsmanship with the original design as a guide- always celebrating uniqueness. So it is no surprise that this Dior Couture 2018 show, the setting and even the press notes were dedicated to the atelier and their exquisite work.

Maria Grazia Chiuri has been in the helm of Christian Dior for several seasons now, showing a keen interest in presenting 50’s silhouettes, ballerina inspired gowns and fencing gear. This couture collection was an exception, though, partly because it wasn’t aiming at the same target audience. Indeed, couture at its basic can be hardly considered a millennial interest.

Thus, in a muted pastel palette (with the necessary navy blues and blacks), there came a succession of elegantly executed gowns with belted waist, pleated skirts with matching bar jackets as well as metallic two piece suits that indeed showcased the atelier’s stellar potential. It was a collection of wearable pieces for any woman of any age and of size 8-10.

This collection was by far the most accomplished Mrs. Chiuri has presented while at the helm of the historic Dior House. Still, I believe there are more sources of inspiration untapped in the Dior archives that the bar jacket and the tailored coats-some great examples were presented during the Dior exhibition at the Musée des Arts Décoratifs.Perhaps revisiting it with an open mind would be a great idea. 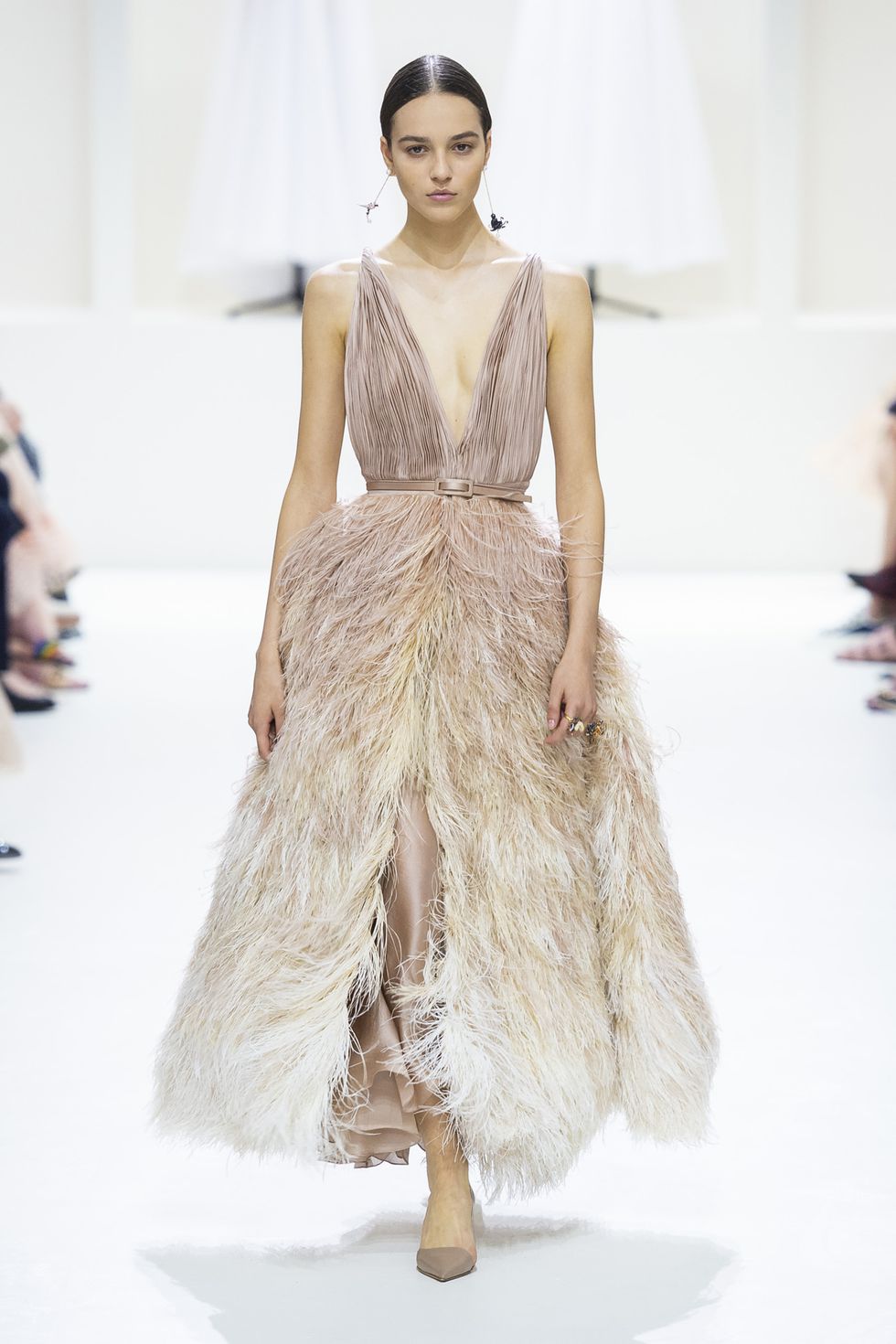