Maria Grazia Chiuri  this season, had a difficult task: to unveil her second Haute Couture show at the helm of the House of Dior (celebrating the 70th anniversary of the house’s founding ) while a great exhibition at the Musée des Arts Décoratifs  is taking place presenting the work of all the past Dior designers-what’s better for a means of comparison?

Mrs Chiuri also has the vast Dior archives all available to her to draw inspiration and formulate a new,modern language of ‘Diorish’ , a sartorial dialect that will be both stylish,recognizable and appealing to the clientele, based on her own vision for the house. After all,it was Dior himself who described the recipe for creativity as : ”Finally, everything that has been part of my life, whether I wanted it to or not, has expressed itself in my dresses.” ? 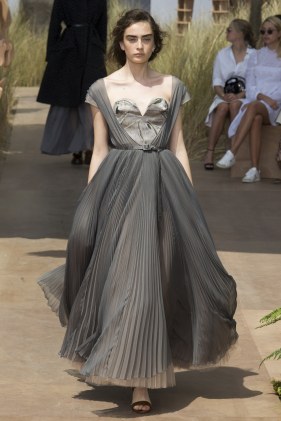 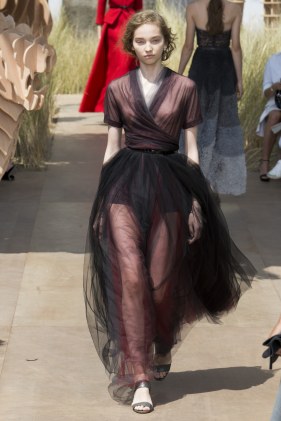 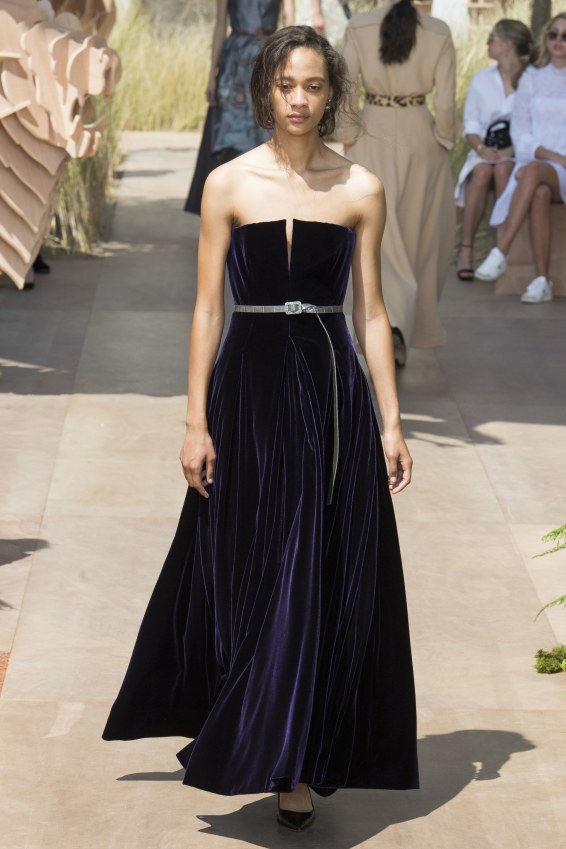 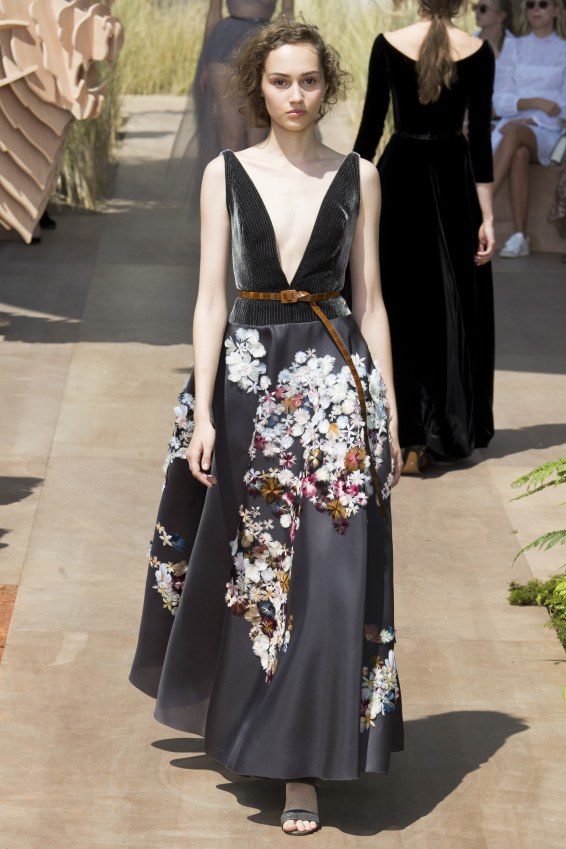 Well,it seems that Chiuri chose to interpret the Dior archives and ideas too..literally. He says gray is the color,she sends gray down the runway,he gets his inspiration from his life and travels,she chooses the iconography of maps,monsieur Dior observed (in his autobiography) that ”a complete collection should address all types of women in all countries.”, she eliminates embellishments.

The actual collection was a couture take in travel-elegance with menswear influences plus the luxurious tulle gowns in shades of grey that appeared in Dior’s recent rtw collection.The focus was mostly on day wear, with some excellent velvet gowns for the evenings.

Mrs Chiuri is in search of a sartorial vocabulary but she continues to seemingly work with the Dior archives in a superficial way therefore the actual dna of the brand still eludes her.Finding the actual styles and shapes that consist the House’s language of communication with the clients and the fans is difficult but, as the case of Chanel and Karl Lagerfeld shows, its the basis and the foundation of all.

Indeed,what is astounding in the case of Mr Lagerfeld is his sense of control over everything-balancing sales over craftsmanship,hype over couture,past over future. His work has actually become the House’d dna, creating recognizable silhouettes and signature Chanel by Karl shapes.He is a history chapter by his own.

For Chanel Haute Couture FW2017 he presented strong silhouettes that echoed the Belle Epoque shapes,long narrow with understated glamour along with round ones that featured slim waists and full skirts. All were small wonders meticulously crafted in the world famous Chanel ateliers, even though i sometimes thought what would happen if  Karl could let himself free to actually ‘deconstruct’ couture.Then i thought of  Vetements and signed with relief. 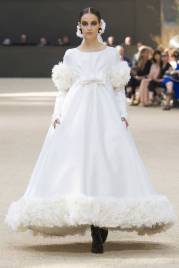