This autumn, Somerset House is proud to present ”Hair by Sam McKnight”, a major exhibition celebrating the master hairstylist’s remarkable 40 year career, from the late 1970s to the current day. An integral part of the fashion industry, Sam has been instrumental in helping to develop the images of Kate Moss, Linda Evangelista, Christy Turlington, Naomi Campbell and Princess Diana among many others. He is one of the first session stylists to have carved out a career solely within fashion, having worked on hundreds of fashion editorial shoots, advertising campaigns and catwalk shows. He has shot over 100 covers for British Vogue alone, as well as numerous other magazines and worked with most international fashion designers from Chanel to Vivienne Westwood.

The exhibition will unveil the little-known creative process behind the craft of hair styling within fashion and explore the relationships between McKnight and key, long-term collaborators; photographers such as Nick Knight and Patrick Demarchelier, models including Kate Moss, Stella Tennant and Christy Turlington, stylist Lucinda Chambers, and designer Karl Lagerfeld.

This will be the first exhibition of its kind, looking at hair from a new perspective and contextualising its wider cultural significance and the role of the session stylist within fashion. It will include some of the most iconic images in popular culture and some of fashion’s most memorable looks, from Princess Diana’s short, slicked back style to Madonna’s Bedtime Stories, and Tilda Swinton channelling David Bowie, tracing different movements and hairstyles, from nostalgic to androgynous, romantic to sexy, red to platinum, cataloguing the transformative nature of hair within the image.

Exhibiting pieces from Sam’s extensive archive, gathered over his 40 year career, the exhibition will feature photography, magazines, catwalk and behind-the-scenes footage, private photographs and full outfit looks as well as commissioned wigs and hairpieces. Grouped into thematic sections, the exhibition will explore process, relationships and collaboration, movement, transformation, the shoot and the catwalk. Throughout the exhibition a visual timeline will trace not only Sam’s career from the late 1970s to today, but also track changing styles through time; exploring the relationship between fashion shoots and the street in influencing contemporary hair styling.

To be published at the same time as the exhibition, there will be a book by the same name, Hair by Sam McKnight with texts by Tim Blanks, Alexander Fury, Amanda Harlech, Nick Knight, Camilla Morton, Anna-Marie Solowij, Jerry Stafford and commentary by Sam McKnight featuring images spanning his entire career. Richly illustrated, it features photographs by leading fashion photographers and styles commissioned by Vivienne Westwood, Balmain, Chanel, and many others. A unique reference book that offers a glamorous tour through the past forty years and a style bible for glorious looks, the book is published by Rizzoli and priced at £35.00. 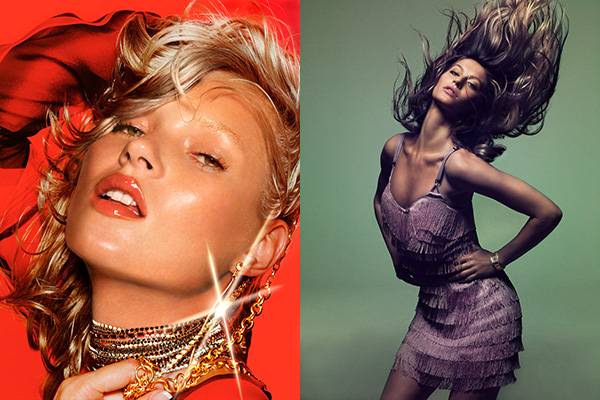 The exhibition is curated by Shonagh Marshall and exhibition design is by Michael Howells.