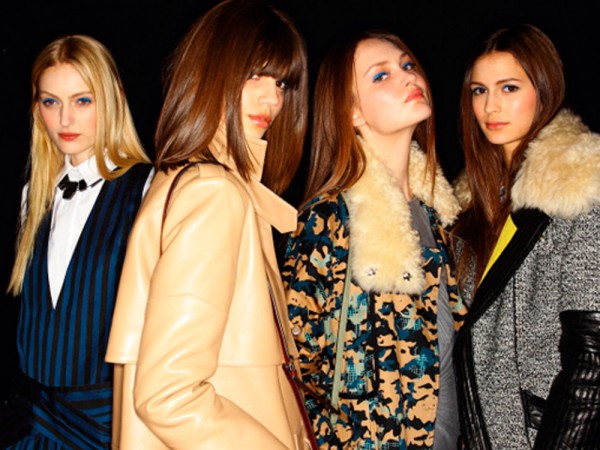 Rebecca Minkoff is no stranger to working a new digi-craze in with her scheduled show at New York Fashion Week, but we did not see this bold techni-move coming. Fashion Week
Last season, the 33-year-old designer gave her fans a glimpse at what really goes on behind the scenes at a fashion house by streaming content through video app Keek, and the season previous she became the first designer ever to engage her audience through images she shared on Snapchat.
This year, however, she’s reverting back to good old Instagram to do something that would give most designers heart palpitations; she’s giving her Instagram followers the chance to choose the looks that will make her final NYFW show edit.

The previously unheard of move might sound drastic but it’s insatiably clever. While it goes without saying the the vast majority of her fans won’t be in attendance at her Mercedes-Benz Fashion Week show, this unique venture allows them to get involved with the preparation process like never before.

On September 2nd, Rebecca will post images of two looks styled from her spring/summer 2015 collection – which is due to be shown the following Friday – and invite her followers to vote on their favourite look (we’re guessing via the powerful medium of the ‘like’).

What happens to the look that falls short you ask? It’s gone. Dunzo. Completely cut from the show. Ouch…

You might wonder why she’s throwing all of that hard work away just like that. Well, the reason is pretty great. They’ve done it solely so that the brand’s fans can ‘have a hand in creating what her new collection will be.’ Talk about audience participation.

The power is officially in your hands. Be sure to check out Rebecca Minkoff’s Instagram on the 2nd of September to cast your vote. After all, this might be our only opportunity to dictate the contents of a Fashion Week show, and we’re definitely not going to pass up on the chance…