With  all ”Official” Fashion& Couture Week heading to an end end,i felt i should enjoy it a bit more and dedicate a post to the designers that made me personally think; “Whow,there’s talent out there!’‘ .Sometimes media-related fashion critics pay way too much attention to Hedi just because he has to prove he’s the ”Hedi Slimane” they envisioned. This can be dangerous and,naturally,not favorable to creativity.Still,in the  designers to follow,the only thing that’s not absent is creativity itself!

French designer Yiqing Yin has long ago proved that her personal aesthetics and her meticulous attention to detail when it comes to craftsmanship can create magic,no wonder why she is now strategically placed as creative director of the French fashion house Leonard. Her first collection for the House took place in Paris Fashion Week F/W 2014 with the reviews being triumphant for a debut collection.Still,the is no exaggeration to say that she carefully study the House’s archives ,then used all those traditional house prints remixed and recoloured!She also admitted that she dived into the house’s dna only to find more inspiration: ”I really drew on the (Leonard) archives, especially the 1960s and 1970s which I found more interesting (and) modern than what has been done recently. There was more energy, it was more international.” Her long,fluid silhouettes present a world of rebellious glamour,where re-designed basics (such as the LBD) go along/complement dreamy yet impressive outfits. 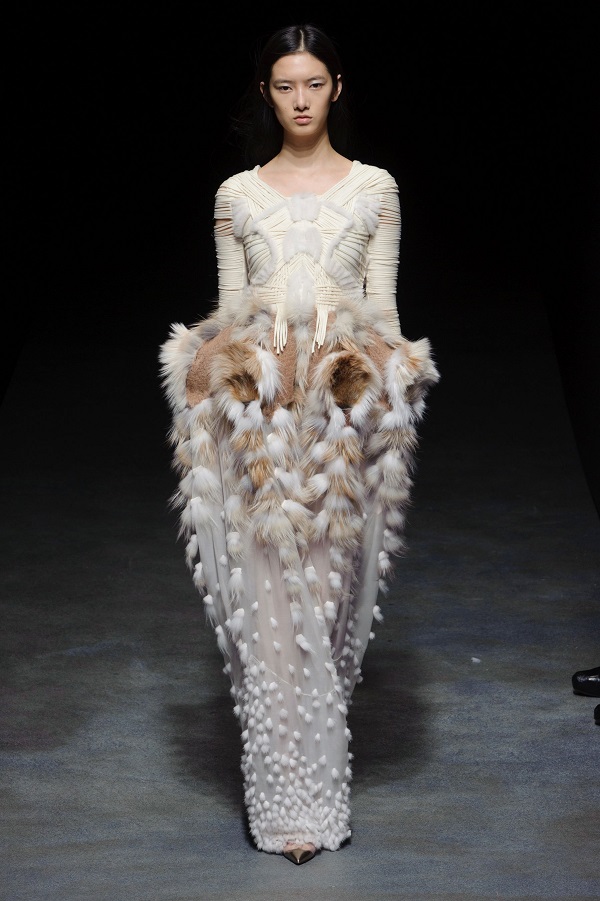 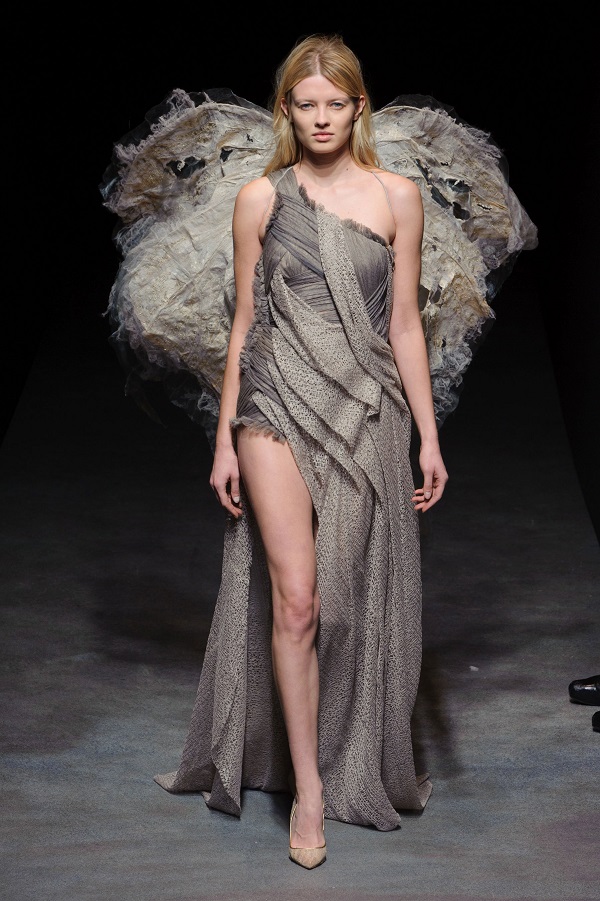 For me Serkan Cura is already a true Couturier that just didn’t want to give up the idea of clothes made for the beauty of it,not necessarily to be worn.Using fluidity where necessary and experimenting with 3D,its not surprising that she caught the attention of Iris Van Herpen.The designer also claims he has a patent-all the upper part of his ‘wedding” dress, sculpted from feathers that were painted with exactly this secret patent,to acquire volume. “You coat it, it pops like popcorn, and then it becomes very strong,” he explained backstage.At last,some fashion fun!!

The designer duo’s Augustine Temboul presentation of their S/S 2015 “SHINY VOID  collection made the idea of a ”Shiny Void” way too metaphorical in a semiotic form as most of the outfits’ colors ranged from black to pitch black.Still, there was anything but a tedious parade of black LBD. Augustine Temboul tend to make each presentation into a performance and so they successfully did once more! See,it is the way the fabrics are cut,the solid pattern forms and the exploration of femininity within a dark canvas that uplifted the whole collection.Regarding fabrics,let us not forget that they have been nominated for the International Woolmark Prize 2014/15 (Europe).And that says a lot! 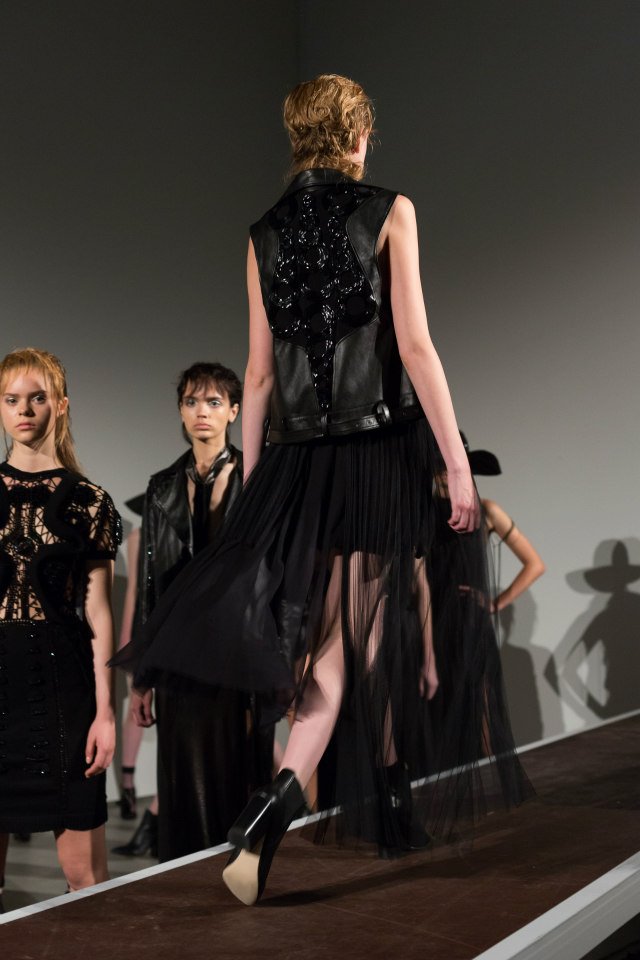 As for my favorite of all,Olivier Theyskens, ,i feel i should make a whole new post now that Theyskens’ Theory no longer exists.Because he’s worth it.